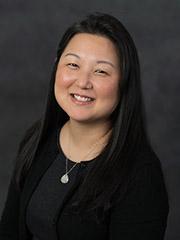 Ms. Shin is a product of FCPS as she attended elementary, middle, and high school in Springfield, VA.  She went on to attend the University of Virginia prior to returning to FCPS to begin her teaching career.  Ms. Shin taught 2nd, 5th, and 6th grade for 10 years before becoming a math specialist at a Title I school. She later worked in instructional services supporting elementary schools throughout the county as the ESOL Math Instructional Support Teacher.  During that time Ms. Shin returned to UVA and obtained her math specialist degree as well as her endorsement in administration and supervision. In 2014, Ms. Shin returned to her first love of working directly with children when she joined the Mason Crest community. When she is not at school, you can find Ms. Shin spending time with her husband, who is also an FCPS teacher, and her two children. 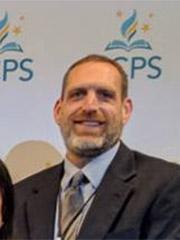 Larry brings a wealth of knowledge and experiences to the Mason Crest community, beginning the 20th year of his career in education. Larry is married to Bianca Aiello, the Director of Student Services at Poe Middle School, who has raved about the Mason Crest community and students.  They have a dog, Ann Arbor, named after Larry’s passion for Michigan football.  In addition to being a big sports fan, he is also an avid reader, and enjoys eating out with his wife.

Andrew Pratt loves being a part of the Mason Crest learning community in his role as Assistant Principal. After graduating from Davidson College in North Carolina, Andrew earned his master’s degree in education from George Washington University. He began his career teaching fifth grade at Riverside Elementary School in Fairfax County. After six years at Riverside, Andrew joined the team at Mason Crest when it first opened in 2012 as a fifth grade teacher. He is honored to have the opportunity to work alongside the most amazing team of educators as we support our mission of ensuring high levels of learning for all students and adults. Outside of school, he enjoys biking, playing soccer, cheering for all the Washington, DC sports teams, but most of all, spending time with his family, which includes his wife, Corrie, and two sons, Jack and Thomas.